“I feel ACM is a quality employer, that provides an excellent service for its clients and looks after its employees well, in terms of pay, conditions, training etc.”

“We are very pleased with Judith.  She has handled things extremely well and has allowed us to have all the awareness, help and support we need”.

“You have been brilliant.  We both think you are / were superb!”

We’re delighted to be finalists in 2 categories in the national CMSUK (Case Management Society UK) “Acknowledgement of Achievement Awards”.   The theme of the awards is “how the pandemic has changed case management practice”.

Karen Patient is a finalist in the category Clinical Case Manager of the Year, and on discovering she was in the final, she said “I’m really honoured that my work has been recognised by CMSUK.  I do my job because I love working with my clients, and this is the icing on the cake.”

ACM is a finalist in the category Case Management Company of the year, and was able to demonstrate that clients were still able to progress towards their goals despite the pandemic, as staff changed their working practice through creativity and tenacity.

Managing Director Sue Stoten said “I really couldn’t be prouder of the amazing work we do day in, day out with our clients. The way in which we’ve adapted to working through the pandemic to ensure that our clients continue to get an outstanding service is truly awesome and inspirational.” 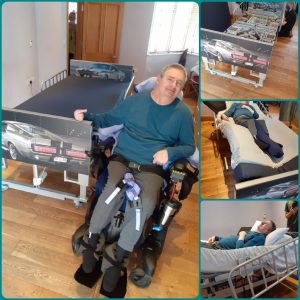 ACM Neuro OT Wendy Wilcock has worked closely with her client M and the team at Centrobed to create a custom built bed.

M was fully engaged in the design of the bed and was supported by Wendy to consider the clinical features on the bed to increase his comfort, independence and ultimately provide posture and pressure management overnight.  Wendy opted for the Amazon Turning Bed with bespoke artwork.

Beaming from ear to ear, M told his Team Leader Claire that he “loves” his bed, was comfortable and had a good nights sleep, and even slept over to one side to pressure relieve.   He is particularly delighted by the Mustang graphics, whilst Wendy is really pleased with the features that the bed offers to assist in managing his complex care at home.

The additional benefits of bootcamp 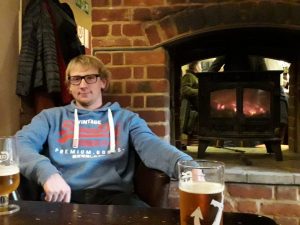 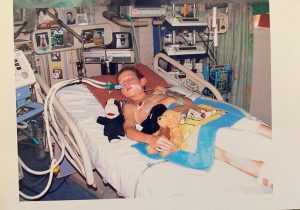 Our client J is 27, and sustained a severe brain injury when he was a child.  He has a support team, one of whom, David, introduced J to Bootcamp.  J was shy, lacking in confidence and didn’t have many opportunities to go out and meet people; David was already a bootcamp member and thought that J might enjoy the classes and the community/social aspect of it.   J’s Team Leader Rebecca was delighted by J’s progress, and told us about his amazing progress.

When J first attended the bootcamp sessions, David supported him, attending side by side, helping him to book in his sessions and encouraging him to attend the social events.  David supported J in meeting new people, communicating and building up his confidence.  As his confidence grew, J started attending sessions with other support workers when David was unavailable, and then started going on his own by getting a taxi.  J is now able to ask other members that live nearby for lifts, and has gained his first adult friendships through this group – a major achievement.  All of this would not have been possible without David’s input.

J recently decided to share a little of his life story with his Facebook friends and in response to that, the head coach sent this to the bootcamp group:

“This shoutout is for more than just this morning!  I woke up and read J’s post today and how its been 18 years since something life changing happened to him which has affected his whole life.

Now if you’ve been on sessions with J or know him you will understand just how incredible and genuinely inspirational this guy is!  Hes worked hard, so hard, and the progress hes making and has been making is just phenomenal.

J has one of those 1 in a million mindsets.  A mind of NEVER GIVING UP and that has made him such a strong character.  You can laugh and joke with J on sessions as he’s full of banter and if you’re partnered up with him you know you’re guaranteed a good workout because he really pushes himself and is awesome to work alongside!

J, from all of the coaching team, not just well done for this morning’s session but well done for your bravery, determination, consistency on sessions and overall progress since being at BTF, we are so lucky to have you buddy!”

Rebecca wrote that this unprompted recognition is a “complete celebration” of J and all that he has achieved; it had J’s family (and support workers) in tears.  Everyone is very proud. It goes without saying that the person behind making all of this possible is David.  Everyone at ACM is also incredibly proud – he is an inspiration! 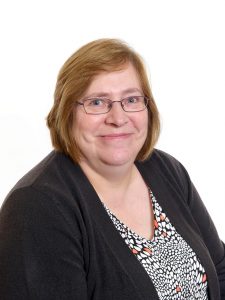 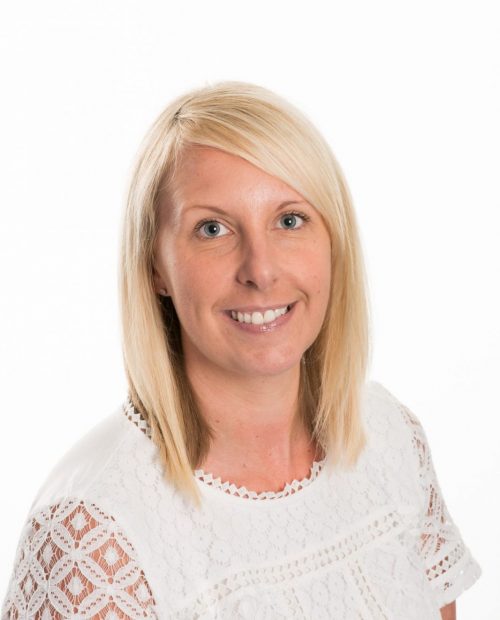 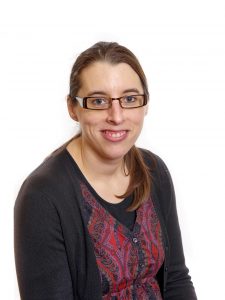 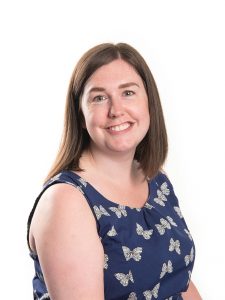 In addition to having at least 3500 hours experience as a Case Manager for clients with significant brain injuries or other complex disabilities, they all  had to demonstrate at interview that their practice met BABICM’s high standards.

Sue Stoten, Managing Director of ACM said “I’m very proud of this formal recognition of  Marion, Emma, Helen and Lizzie’s skills as Case Managers.  They are all outstanding, and I’m delighted with their success.  Achieving BABICM Advanced status during a pandemic could be quite daunting, but they have all risen to the challenge and passed with flying colours.”

We are very proud to share that Caroline Ferber and Pam Bunting have been awarded Honorary BABICM Fellowships.

Sue Stoten, Managing Director of ACM, said, “I am thrilled that Caroline and Pam’s contributions to BABICM and Case Management have been formally acknowledged. They were both instrumental in establishing Case Management in the UK and for ensuring that it is a well regulated and reputable industry, working for the best interests of all clients. We look forward to formally celebrating their success with everyone at the BABICM 25th anniversary dinner in October.”

The unusual transition from banking to Support Worker 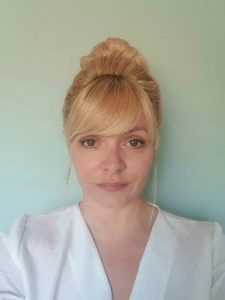 Faye has recently celebrated her first year in post as a Support Worker.

She joined ACM as a Support Worker in April 2020 having resigned from her position with an investment firm.  Faye had only ever worked in the banking and finance sector and her career change was prompted by the loss of a close family member to Covid-19, and the realisation that she needed to reassess her priorities.

Despite starting work in a pandemic, ACM ensured that Faye’s recruitment followed the “normal” procedure, and that she received the appropriate training; the only difference was that it was delivered via Zoom rather than face to face.

These are Faye’s words:

“In February 2020 I was working in the City for a top tier Investment Firm and had been in the banking and finance sector for 20 years; I was starting to feel like I needed a change of scenery.  I’d had some great years in the City but I was becoming tired … burnout almost from the stress, travelling and not seeing my family. It would break my heart when my son would say “Mummy, why are you always at work?”.  I wanted to change but thought what else can I do?  The City was all I’d ever known.  I pushed those feelings down and soldiered on.

Then one day everything changed. I lost an immediate family member suddenly to Covid.  We were in a state of shock … how could this have happened to us?  It well and truly knocked me for six and I had an epiphany … I had been prioritising all the wrong things.

My family are the most important thing to me and I had to put them first. I handed my notice in shortly after.  Unfortunately, I knew this break couldn’t last forever and I would need to find another job soon.  I didn’t know what I wanted so I went on to a popular job search engine and typed ‘part time’ and ‘Essex’ not having a clue what may appear as I’d never worked local and never searched for a job during a pandemic!

I scrolled through a few posts and then one caught my eye.  It was for a Support Worker to a young lady with cerebral palsy. It stated that she loved music, cinema, going to coffee shops … I smiled as I thought I love doing those things as well!  It was part time and only a 20 minute drive from my house. I thought yes.  I’ll definitely apply to this.  Then a voice of doubt in my head told me to stop being ridiculous … why would I ever be considered? I bet lots of people with way more experience will apply and they’ll laugh at me for even trying. But then I re-read the job specification and thought I can do this if given the chance … I had nothing to lose so applied. I forgot about it and so when I had a call back I was really surprised! They wanted to interview me the next week! Thank goodness for Google.  I searched all things cerebral palsy and ended up watching various YouTube videos whilst scribbling down notes. The interview went well, in fact it was the first interview I actually enjoyed!  A few days later it was confirmed – I got the job!

Fast forward to February 2021.  I have been here almost a year and have not looked back. My client is the most amazing individual and an inspiration to all of us.  I get to go to work with an amazing team who are all so dedicated and I experience job satisfaction in its truest sense.  I have the perfect work life balance.  So my advice to you is this; take the risk – it might just be the best thing you ever did.”

If Faye has inspired you to reassess your life and you want to investigate the role of Support Worker, please don’t hesitate to contact us and we can talk you through the role.